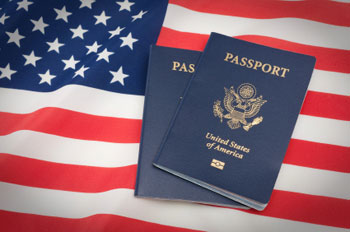 Citizenship bestows many important benefits, including the right to vote, to obtain a U.S. passport, to receive priority in your family-based immigration petitions, to confer citizenship on your children, and to qualify for health and social benefits. USCIS imposes specific requirements on permanent residents seeking to naturalize. Hirota & Associates stands by you through each step, including:

A person can be a citizen for several reasons. Usually citizenship of the place of birth is automatic; in other cases an application may be required.

If one or both of a person’s parents are citizens of a given state, then the person may have the right to be a citizen of that state as well. Formerly this might only have applied through the paternal line, but sex equality became common since the late twentieth century. Citizenship is granted based on ancestry or ethnicity, and is related to the concept of a nation state common in Europe. Where jus sanguinis holds, a person born outside a country, one or both of whose parents are citizens of the country, is also a citizen. States normally limit the right to citizenship by descent to a certain number of generations born outside the state. This form of citizenship is common in civil law countries.
Most people are automatically citizens of the state in which they are born. This form of citizenship originated in England where those who were born within the realm were subjects of the monarch (a concept pre-dating citizenship), and is common in common law countries.
In many cases both jus solis and jus sanguinis hold; citizenship either by place or parentage (or of course both).
Many countries fast-track naturalization based on the marriage of a person to a citizen. Countries which are destinations for such immigration often have regulations to try to detect sham marriages, where a citizen marries a non-citizen typically for payment, without them having the intention of living as man and wife. Naturalization. States normally grant citizenship to people who have entered the country legally and been granted leave to stay, or been granted political asylum, and also lived there for a specified period. In some countries naturalization is subject to conditions which may include passing a test demonstrating reasonable knowledge of the language or way of life of the host country, good conduct (no serious criminal record), swearing allegiance to their new state or its ruler, and renouncing their prior citizenship. Some states allow dual citizenship and do not require naturalized citizens to renounce any other citizenship.